325a: Origin’s sleek signature fighter, the 325a makes a great companion for finding your mark with style and sophistication.

Constellation Andromeda: A multi-crew freighter with a modular design, the RSI Andromeda is one of the most iconic ships in the ‘verse.

Constellation Aquila: Explore the stars and distant horizons thanks to an uprated sensor suite and redesigned cockpit that offer maximum visibility.

Constellation Phoenix: A chariot of the gods, this converted luxury freighter is ideal for VIP transport. 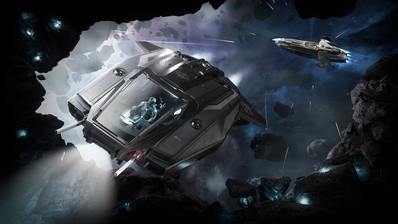 Arrow: Featuring an ultra-aerodynamic frame and slight profile, it’s the most agile ship in its class.

C8X Pisces: This mini-explorer is ideal for scouting and reconnaissance.

Carrack: A self-sufficient explorer built to endure extreme conditions in both space and atmosphere.

Hornet F7C: Tough and dependable, the F7C is a textbook multi-purpose medium fighter.

Hurricane: A heavy fighter with an almost excessive loadout. Includes a turret that punches through shields and defenses.

Terrapin: Heavily armored ship with a sophisticated scanner. Ideal for recon and exploration. 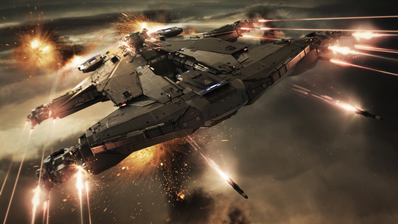 Avenger Stalker: A modified version of the Avenger catering to bounty hunters. Equipped with prison cells.

Avenger Warlock: A variant of the Avenger armed with an EMP generator to disable enemy vehicles.

Gladius Valiant: Special-edition of the Gladius with custom livery and a loadout geared to Arena Commander.

Sabre: Favoring agility over durability, this ship is light, sleek, and deadly.

Sabre Comet: Special-edition of the Sabre with custom livery and a loadout geared to Arena Commander.

Vanguard Harbinger: A powerful bomber that can operate out of the roughest forward operating bases. 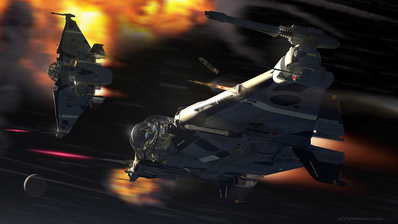 Freelancer MIS: The MIS is a limited-edition militarized variant of the classic Freelancer.

Mustang Delta: The Mustang Delta is armed with heavier weapons and missiles to give new citizens a little more firepower.

Razor EX: Stealth-edition of the Razor outfitted with signature-reducing materials and low-draw components. 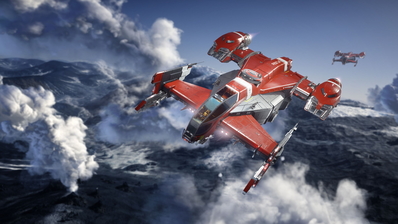 Buccaneer: A light fighter that sacrifices durability (and ejection seat) for raw firepower.

Cutlass Black: Back in black. Drake’s pirate-favorite is a highly versatile ship with combat and cargo prowess.

Cutlass Red: An emergency response and support ship with a medical bay, long-range radar capabilities, and a suite of defensive options.

Herald: No secret is safe. Drake’s Herald captures and stores information before leaving at blistering speed.

There (could be) aliens on that there planet!

Well maybe, maybe not, Kepler does however sit at the right distance from it’s sun and has conditions that look favourable to complex life.

NASA have recently found this planet during it’s Kepler mission.

“The planet, Kepler 22-b, lies about 600 light years away, about two-and-a-half times the size of Earth, with a temperature of about 22 degrees Celsius, allowing liquid water to exist on the surface. Its year is about 290 days long.”

When a rather large M 3.6 class flare occurred near the edge of the Sun on Feb. 24, 2011, it blew out a gorgeous, waving mass of erupting plasma that swirled and twisted for 90 minutes. NASA’s Solar Dynamics Observatory captured the event in extreme ultraviolet light. Because SDO images are high definition, the team was able to zoom in on the flare and still see exquisite details. And using a cadence of a frame taken every 24 seconds, the sense of motion is, by all appearances, seamless.

Matthew Bailes of Swinburne University of Technology in Melbourne was surveying the sky using the CSIRO Parkes radio telescope in December 2009 and found a pulsar.

Soon after he followed up with observations with the Lovell radio telescope in Chesire, UK.

This follow up observation showed periodic variations in the pulsar’s signals, indicating there may be an orbiting planet there.

“Further analysis pointed to an even more astonishing possibility – a diamond planet.”

Google has been busy planning on how to deliver internet to spacecrafts and other planets, working with NASA and planning on delivering to the ISS and other spacecraft used by other countries.

“Google realized as far back as 1998 that space-based Internet has problems that don’t face the traditional Internet design – speed-of-light communications are instant on Earth, but at interplanetary distances, that’s slow, and can cause problems. An interplantary network could help overcome these problems.”

via Google Plans to Launch Disruption-Tolerant Internet Into Space This Year.

There is a buzz around town about the possibility of alien life. NASA have made some recent announcements that have hinted at the possible existence of life beyond earth and bloggers have been going nuts with it.

“The truth, while intriguing, is less Earth-shattering. A paper in Science, discussed in a press conference today, announced the discovery of terrestrial microbes that can incorporate normally toxic arsenic into their DNA.”

via Short Sharp Science: The ET discovery that wasn’t.

Space debris has been thought to be a possible cause for ball lightning. Plumeting through the atomosphere at a fantasic rate and with it a large charge.

“When this “supercharged” conduit hit the soil, it formed a plasma ballMovie Camera, he argues. He says impacting space junk might also produce the effect.”

NASA crash landed a rocket on the moon last october, it landed near the south pole and threw up a cloud of debris including water.

The newly published study has revealed that up to 5.6% of that meterial was water and it included a bunch of other compounds including silver!

Anthony Colaprete of NASA’s Ames Research Center, explains that there could be a billion gallons of water within 10 km’s of the probe’s impact site.

NASA’s Chief lunar scientist has said “We’re seeing a kitchen sink of other stuff that may be useful for human exploration”.

More in the below link…

LCROSS mission may have struck silver on the moon – space – 21 October 2010 – New Scientist.

A Habitable Exoplanet — for Real This Time | Wired Science | Wired.com.